In 2013, a few years after that maiden voyage into the unknown, Mike decided to open his first gallery aptly
named ‘Waves Gallery’ and began his quest to share his catalogue of impressive imagery with as many people
as possible. Initially, you could only catch glimmers of Mikes work online, predominantly through social media;
which served as a great platform to share his images and receive copious positive feedback. Inevitably this led
Mike to pursue a newfound passion; taking photos of the ocean and showcasing his work to people worldwide.
Mikes burning desire and excitement to go out and capture more images of every new swell that arrives still
grows and grows. ‘Taking my camera out amongst the waves has taught me to appreciate the ocean from a
whole new viewpoint, learning to be a part of it and to be more aware of the importance of its habitat,
Cornwall is the most extraordinary place to me, even on the darkest and moodiest days; beauty and happiness
can be found through a photo or an adventure. The blood, sweat, and tears involved in taking these images are
all part of the process that makes the end result one of the most magical moments and worthwhile
experiences and once printed and hung in the gallery, to me; more than just a photo’.
Mike has been capturing images from around Cornwall for over ten years now and has dedicated a large part
of his life to photographing Cornish waves’ raw beauty, which is evident when visiting the Waves Gallery. The
gallery has a huge selection of Mike’s images in a variety of shapes and sizes. Ranging from large, feature piece
canvasses that’ll add a huge WOW to any home, down to awesome accessories like pendants, coasters and
even coffee!
The Waves Book is a popular choice for those who can’t decide on the one-off wave they want in their home,
the newest Cornish Waves book comes in hardback form and will be limited edition, signed and numbered to
1000. Inside you’ll find some of Mike’s finest work to date – including hugely popular shots named the Cornish
Kiss and Cornish Dreams.
Another interesting feature of the book is the amazing story of a charity paddle to the Isles of Scilly for Surfers
Against Sewage – a challenging 11 hour paddle, crossing one of the busiest shipping lanes starting from the
most western tip of Cornwall, Porthcurno, will long be remembered and revered.
Mike has also launched a new children’s book that tells the touching story of capturing the seemingly
impossible ‘Cornish Heart’ in a perfect wave. The stunning Illustrations by Hermione Rose capture so much of
what everyone loves about Cornwall and Porthleven and make a perfect bedtime story for the little ones.
We look forward to welcoming you all into the gallery, where you’ll be met by a friendly team, with answers to
any questions you may have.

For commercial video or photography work please get in touch with Mike Lacey. 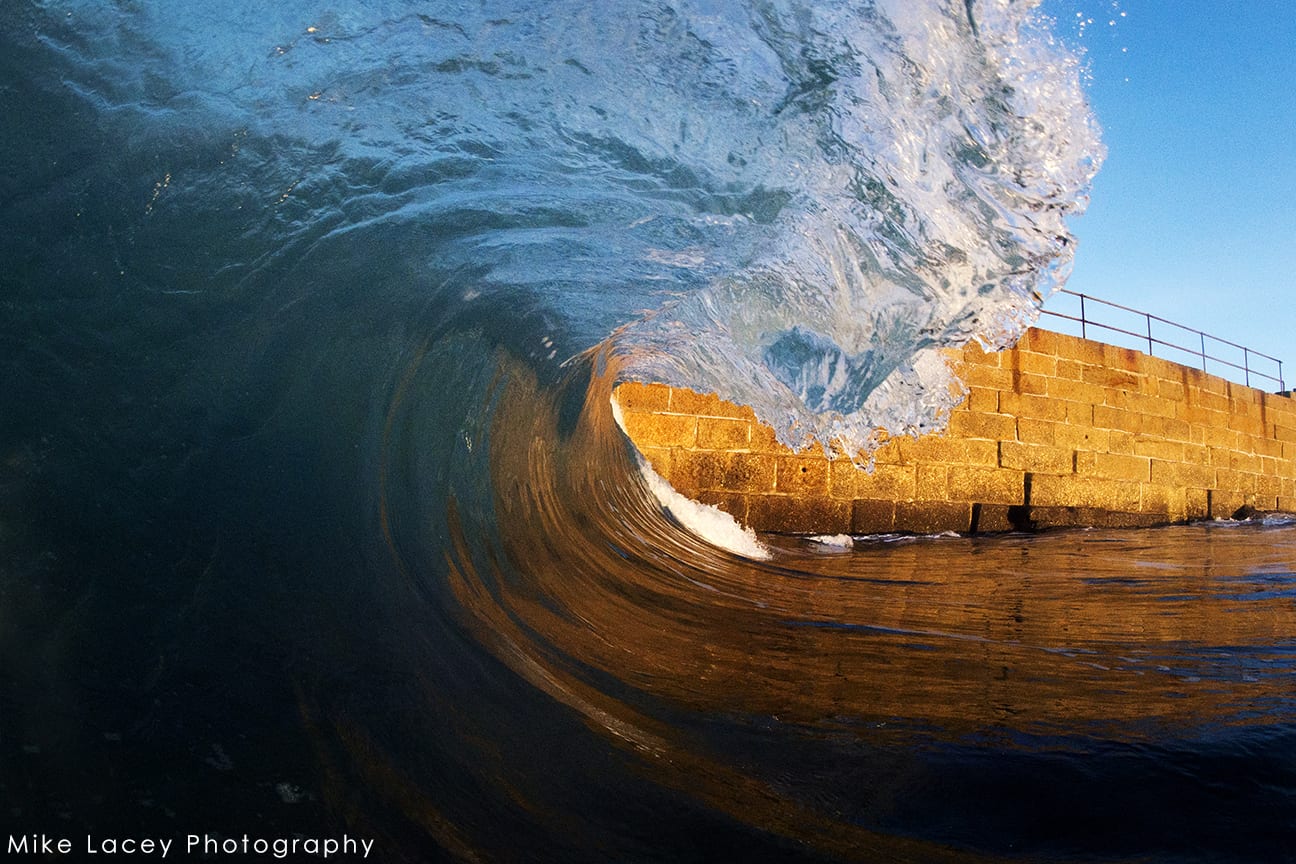